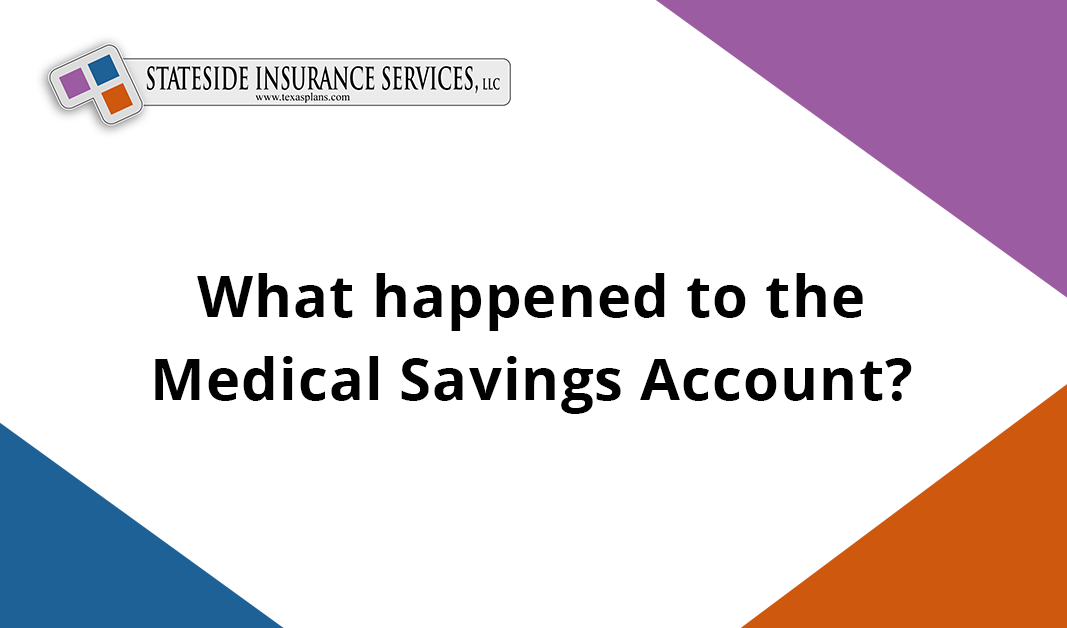 Medical Savings Accounts (MSAs) were introduced to consumers in 1996 as an amendment to the Health Insurance Portability and Accountability Act. The amendment was sponsored by Texas Congressman Bill Archer, and the MSA became known as the Archer MSA. MSAs were tax-advantaged savings accounts that included a companion high deductible health insurance plan. An individual could not qualify for an MSA without an approved, high deductible health plan (HDHP).

The goal of the MSA was to address the concern that consumers were over insuring thereby driving up the cost of health care. Supporters of MSAs wanted the consumer to be in more direct control of spending health care dollars, which would result in a more engaged consumer and lower costs. MSAs also were expected to provide a much more stable premium over time because the plan design shifted the financial risk for the early claims to the insured and the carrier was responsible for the larger claims above the deductible.

Although moderately popular, the original MSAs had several provisions, which reduced their acceptance by consumers. First, MSAs were only available for individuals who were self-employed.  An individual who was receiving a W-2 that documented wages and taxes, was not eligible for an MSA. MSA plans would only allow the full tax-deductible contribution if the policy was approved with a January effective date. Any effective date after January 31st would require the tax-deductible contribution to be prorated for the remaining months in the year. The amount that could be contributed to an MSA was limited by the lower of either the annual contribution amount as established by the Internal Revenue Service (IRS) or the health insurance plan deductible.

MSAs were replaced by Health Savings Accounts (HSAs) with passage of the Medicare Prescription Drug, Improvement and Modernization Act (MMA), which was signed into law by President George Bush on December 8, 2003. HSA plans have been adopted more broadly than MSA plans due to several changes made to the plan design.

The self-employment requirement was dropped in favor of broader eligibility. All individuals are eligible for HSAs. However, an HSA must still have an HDHP associated with the account and the HDHP must meet the qualifying rules as established by the Internal Revenue Service. In order to simplify, the plan HSAs eliminated the contribution proration that was applied to MSAs approved after January 31st. Contributions up to the legal limits can be made to an HSA regardless of the effective date of coverage as long as the effective date is no later than December 1st of the taxable year. The amount of the tax-deductible contribution as a function of the plan deductible was eliminated. An individual with an HSA can contribute up to the legal limit regardless of the plan deductible.

The creation of HSAs and adoption of more lenient rules had a dramatic effect on the popularity of this coverage. Prior to the adoption of the HSA rules, approximately 438,000 lives were covered by the MSA.  The number of HSAs has surpassed 25 million, holding $53.8 billion in assets. This represents a year-over-year increase of 13% for accounts and 19% for HAS assets for the period ended December 31, 2018.

Stateside can be contacted either by phone (866) 444-3332 (toll free) or by email at info@texasplans.com.  Our Telephone Appointment System can be accessed through:

By using the Telephone Appointment System, clients can take advantage of scheduling a health insurance discussion when convenient for their schedule. During Open Enrollment phone appointment availability is expanded to include extended hours and weekends.