What Happens When Deductible Is Met? 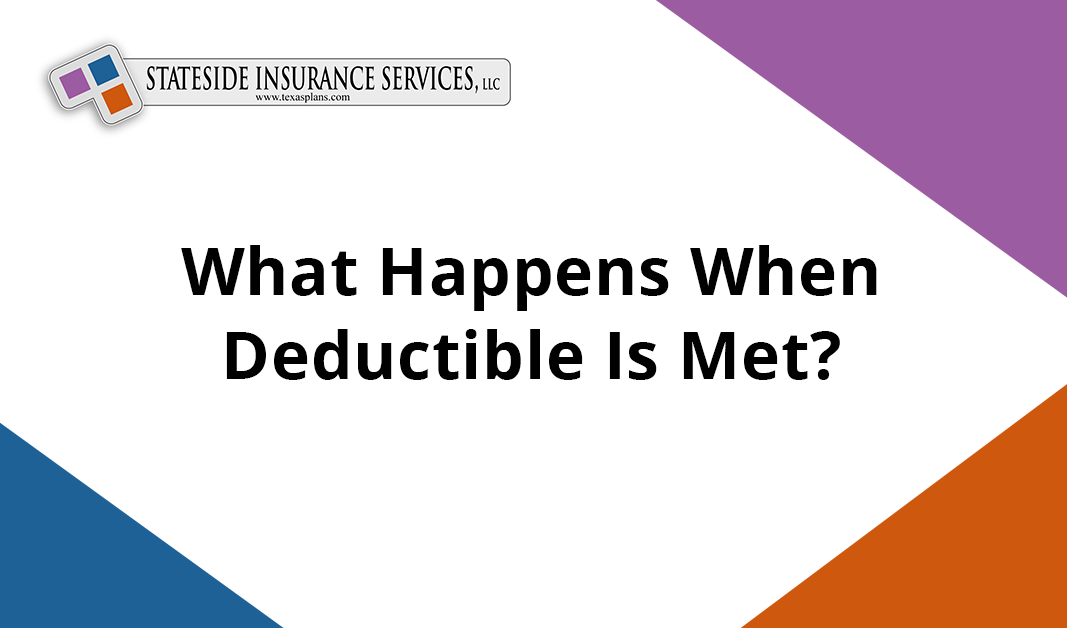 At the beginning of each calendar year deductible returns to zero, and charges begin to be credited towards deductible based on the date service is provided. If deductible is not met by the end of the calendar year, the amount credited at year-end does not carry over to the next year.

As was stated previously, the probability of reaching deductible in any given year is unlikely. In fact, a large Texas carrier informed Stateside that 87% of all of their policyholders do not incur over $2,000 in claims in any given year. However, if deductible is met, all charges for approved services from that point are subject to the co-insurance benefits. The co-insurance benefit means exactly what the term implies — both the health insurance carrier and policyholder share the cost of services received. The sharing percentage varies by policy, but typically the percentage arrangement is either 60%/40%, 75%/25%, 80%/20%, 85%/15%, 90%/10%, or 100%/0%. The higher percentage refers to the insurance carrier’s financial responsibility.  Major medical policies will include a co-insurance maximum or stop loss which is the maximum amount a policyholder will pay at the co-insurance percentage. The co-insurance maximum is typically $8,150 but can be lower for Silver and Gold plans.

Co-insurance on the surface appears to be a complicated arrangement, but in reality, it is a very simple and straightforward practice. Health insurance policies are based on who takes responsibility for risk. The risk associated for each dollar incurred up to deductible is assigned to the policyholder. Each dollar incurred from deductible to the co-insurance maximum is shared, with the insurance carrier bearing more of the risk as reflected by the higher co-insurance percentage. Once stop loss or the co-insurance maximum is reached, the insurance carrier assumes all of the risks, since 100% of the claims are paid by the carrier.

Stateside can be contacted either by phone (866) 444-3332 (toll free) or by email at info@texasplans.com. Our Telephone Appointment System can be accessed through:

Phone Appointment Reservation.
By using the Telephone Appointment System, clients can take advantage of scheduling a health insurance discussion when convenient for their schedule. During Open Enrollment phone appointment availability is expanded to include extended hours and weekends.